Get 25% Off Fencing Shoes. Enter the code 25SHOE2020 in the cart or at checkout. Ends midnight on Monday 21st of September. Click here for T&Cs. [close]
https://www.leonpaulaustralia.com/customerajax/name/getcustomername/

In response to a customer who has asked several questions that come up regularly I thought it would be useful to post some information about Leon Paul's wireless set.

In terms of durability, you should treat them like you would any electronics. They aren't designed to be dropped but the fencer packs are strong enough that if you leave them in your back pocket and sit on them by accident they will survive. The base station is aluminium and as such easily capable of withstanding any normal use.

The battery life is a concern for many people especially as mobile phones often have very short battery lives within a matter of a year's use. This is not a problem with wireless as there is much less size constraint than there is in, for example, a phone.

To ensure both a big battery life between charges and a long service life of the battery they have been very highly specified. The fencer pack lasts around 30 hours and the base around 50. Both are rated at 1000 charge cycles before any significant loss of capacity. The base station has two 18650 cells in which are the same kind of battery that is used in most electric cars. This means you can expect 30,000 hours of fencing from the fencer packs and more on the base.

To put that in perspective it is if you fenced 3 hours a night 4 days a week every week of the year it would be 48 years before there was a significant performance loss.

It's a big chunky battery

If the batteries need replacing at any point then they can be at a cost of about £25 for a fencer pack and £40 for a base station. One thing we have found is that if you let them get very cold then the battery life will be reduced as is the case with any electronic device. This came to light with sets that were being left in a car overnight at well below zero degrees c. This meant that as they were used the batteries were very cold and were running out of power very quickly. As such; we suggest that the users are kept indoors at a normal room temperature both for a period before and during use.

The wireless sets have a 1-year warranty that covers parts and labour for repairs if they are necessary. This does not cover damage due to misuse. In general, the wireless hardware has been very reliable, the oldest development sets have now been in almost daily use for 2 and a half years and are holding up fine. There is no real maintenance that can be done on them either by the user or by us at Leon Paul.

Customers generally expect maintenance on scoring systems because of the history of wired sets, the physical nature of the spools and cables means that they need far more ongoing fettling and repairs. This is not really the case with wireless which is more like a mobile phone than for example a boiler which needs annual maintenance. If hardware fails outside warranty then generally it will not be economically repairable much like if the processor on your phone dies it can't be replaced. With that said, the hardware has shown to be extremely reliable. 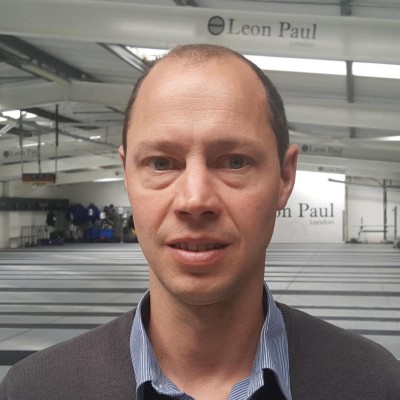 Care and maintenance of your foil (and epee) points